Diabetes and kidney transplant are interrelated. In general, kidney transplant is suggested to patients with long-term diabetes, who are suffering from end-stage renal disease, which can be looked upon as an outcome of kidney-specific diabetes complication.

In simple words, kidney transplant is an option to restore kidney functions in diabetes patients, whose kidneys are damaged by the diabetes so badly that they stop working, leading to chronic kidney disease (CKD) or end-stage renal disease (ESRD).

Kidney transplantation is a surgery-based implantation of a kidney from a human donor to a genetically non-identical human recipient. Besides dialysis, kidney transplantation can be another choice of renal replacement therapy for patients with end-stage renal disease; especially the ones, who don’t have any comorbid conditions that might create hurdle for transplant surgery and subsequent immunosuppression therapy to avoid organ rejection.

As a matter of fact, diabetes kidney disease (DKD) is known to be one of the most-common long-term complications of diabetes. Also, over 35% of diabetics aged 20 years and above have CKD. In the Western countries, DKD is the major reason behind ESRD; contributing to around 45% of all ESRD cases.[1] In the U.S., about 40% patients suffering from type 1 diabetes and 5 to 15% of patients having type 2 diabetes ultimately develop CKD.[1] 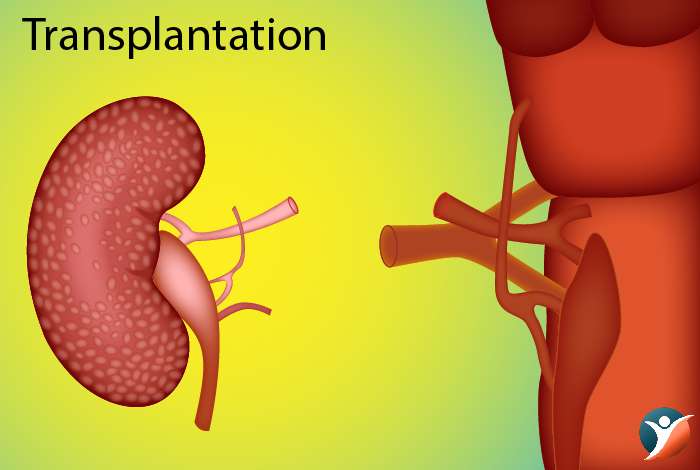 What Leads to End-Stage Renal Disease in Diabetes?

Persistent high blood sugar levels due to uncontrolled diabetes can destroy blood vessels in the kidneys. When these gets damaged, their function gets disrupted or they stop functioning altogether in the worst case. This eventually leads to chronic kidney disease (CKD), whose last stage is ESRD or kidney failure, which is a fatal condition, for which dialysis or kidney transplant is required to save the patient’s life. 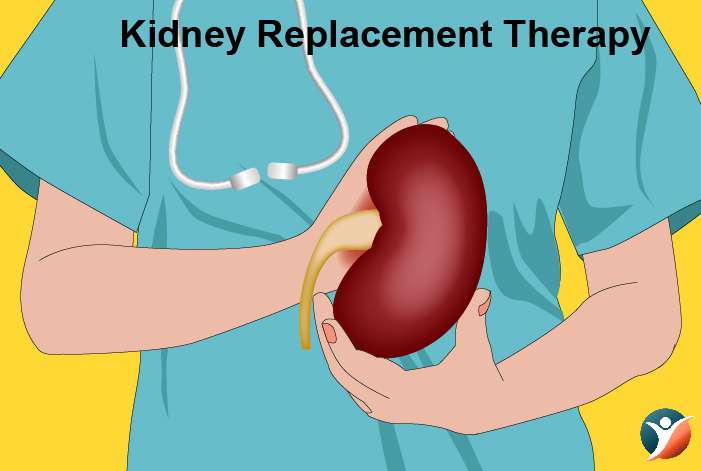 Diabetics suffering from end-stage renal disease has an option to get a new kidney for their survival. The surgical kidney transplantation is mostly successful in cases, where the kidney donor is a living person, usually relative. However, the option of cadaver kidney is also there, wherein the donor is not related to the recipient and has just died.

Our body is designed in a way that it can distinguish between its very own parts and foreign ones. To allow the body to accept the donor organ, herein a kidney, nephrologists try matching the recipient and donor for human leukocyte antigen (HLA), a blood protein. This matching is more important in case of a living donor as the role of matching HLA is lea clear in case of cadaver kidneys. 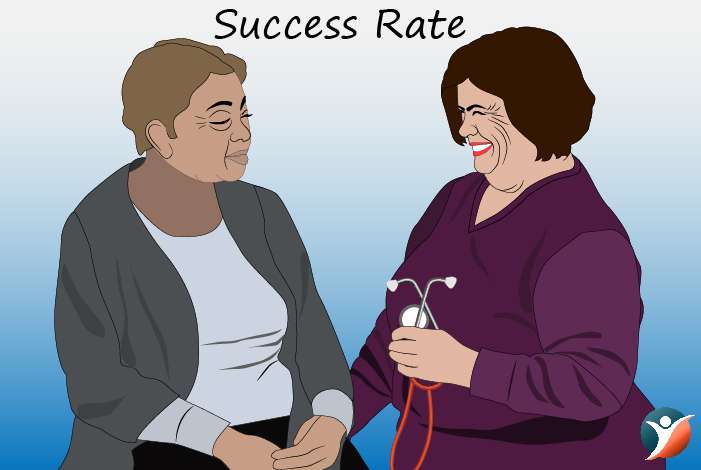 The following risks are involved in surgical kidney transplant:

Although complications related kidney transplantation develop in the first several months after the surgery, these may occur even years after the procedure. 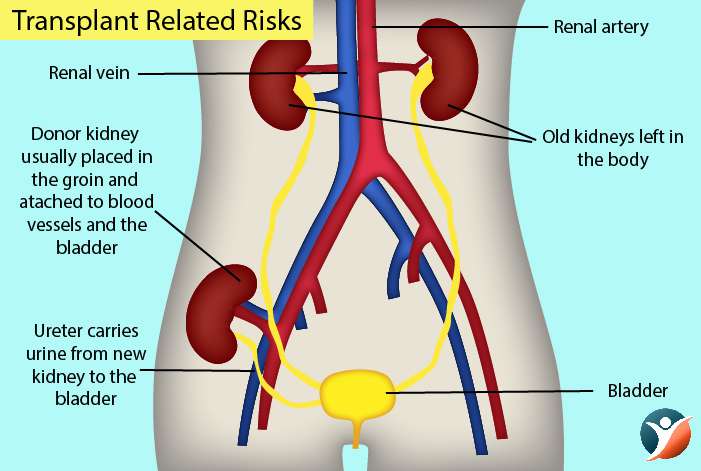 Diabetes: It is quite a common complication of undergoing a kidney transplant surgery; regardless of whether you have had diabetes prior to the surgery or not.

High-Blood Pressure: It is a frequently experienced long-term kidney transplant complication. People undergoing this surgery are already at a risk of having hypertension, and after the surgery, immunosuppressants can exacerbate the condition.

Cancer: Continued use of immunosuppressants can enhance your susceptibility to develop some types of cancer, especially the ones caused by viruses. These may include: 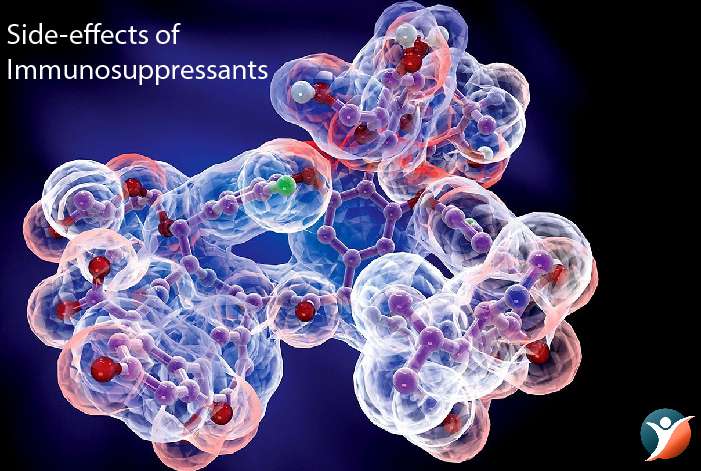 An alarming fact about PTDM is that it is itself a leading and standalone factor responsible for organ rejection and poor survival of the organ recipients. Discussed below are several factors that can increase the risk of developing NODAT in kidney recipients, who were non-diabetic prior to the surgery: 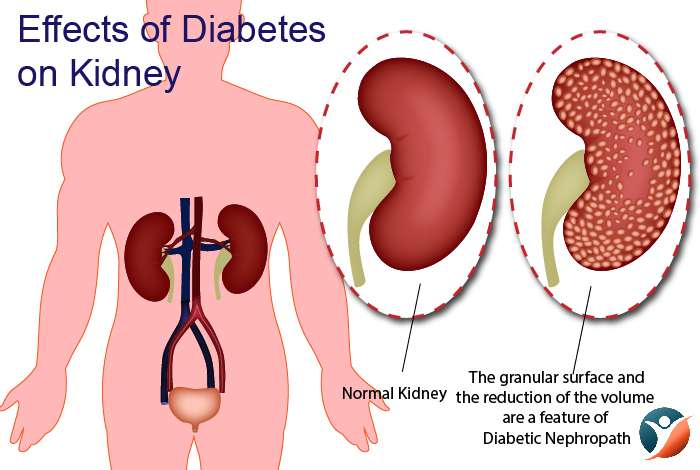 How Can Diabetics Avoid Kidney Transplant?

Thus, by taking good care of their kidneys, diabetics can prevent the development of DBK, which is a common complication of diabetes. Following measures can be taken to protect the kidneys if you have diabetes:

Besides, normal glucose level monitoring, your doctor may ask you go for A1C test, which tells your average blood glucose level for the last 3 months. For many diabetics, the A1C goal is under 7%, so discuss your A1C goal with your diabetologist, and plan accordingly to meet the goal as this will help you protect your kidneys from various disease and help them function properly.

High blood pressure can exert pressure on your heart, making it work beyond its capacity. This may increase your risk of stroke, heart attack and even kidney disease.

Not only this will help you control blood glucose level and blood pressure, but keep you overall fit and healthy. Diabetic can take following measures to ensure the good health of his/her kidneys:

Be Regular and Punctual With Medicines:

Medications, either to control blood glucose level or blood pressure, are important part of your diabetes management and kidney prevention plan. Avoid skipping or forgetting any dose, and be regular with the dosage timings as suggested by your diabetologist.

How to Control and Prevent Diabetes After Kidney Transplant?

If diabetes develops after kidney transplant in a non-diabetic organ recipient, then it is called new onset diabetes mellitus after transplant (NODAT). Although it occurs as a side effect of the medicines used to prevent new organ rejection by the recipient body, it can be managed or prevent diabetes after the transplant.[1]

A person, who have undergone a kidney transplant can do the following to control and prevent diabetes: 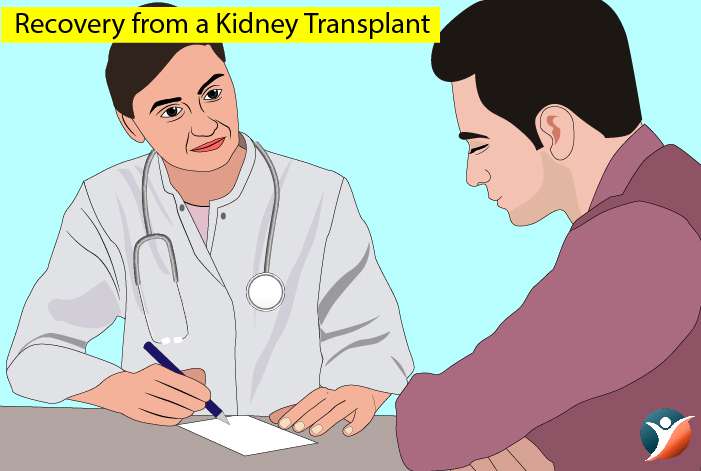 Diabetes is a chronic disorder, which if left untreated or not uncontrolled can lead an array of complications, including diabetic kidney disease, which in severe cases can tun into chronic kidney disease (CKD) or end-stage renal disease (ESRD).

However, despite better patient outcomes, kidney transplant has several risk factors and complications associated with it with new onset diabetes mellitus after transplant (NODAT) being the most common one, which even a non-diabetic can develop after the transplantation surgery.

Thus, diabetes can lead to a situation, wherein kidney transplant may be required, and kidney transplant in itself may give rise diabetes mellitus. By protecting his/her kidneys, a diabetic can lower the chances of developing DKD and further deterioration of his/her condition.

Thankfully, there are ways to effectively manage and prevent pre-and post-surgical diabetes that include following a healthy lifestyle, having control over blood glucose level and blood pressure, consuming a diabetes diet and indulging in physical activities on a daily basis.

Hence, it can be concluded that diabetes and kidney transplant are interrelated and all efforts must be made by diabetics beforehand to protect their kidneys and avoid situations, wherein they might require kidney transplant.